Translated from the “Ningbo Daily News”

“Inventor of Spine Endoscope Came to Ningbo to Teach; Drew more than 150 surgeons from East China to Learn”

“In many people’s eyes, spine surgery is regarded as a high-risk surgery. If not carefully performed, it may cause irreversible paralysis. Since the time spine endoscope and surgery technique was invented, surgeons now can perform spine surgery under visual condition that significantly reduced such risk. Yesterday, the inventor of spine endoscope and surgery technique, Dr. Anthony Yeung, visited Ningbo to teach and drew more than 150 surgeons to attend the training.

At this point of time, minimally invasive spine surgery has been widely carried out in many major hospitals of east China. In Ningbo, it’s estimated about 10,000 cases of MISS was performed annually.” 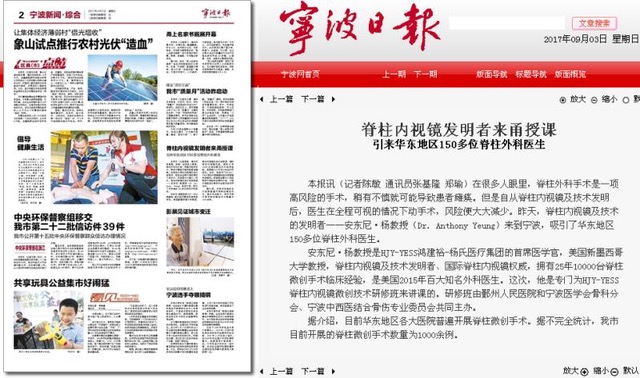 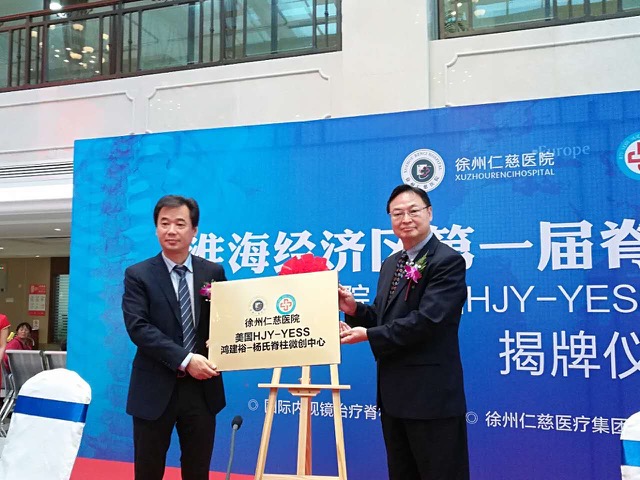 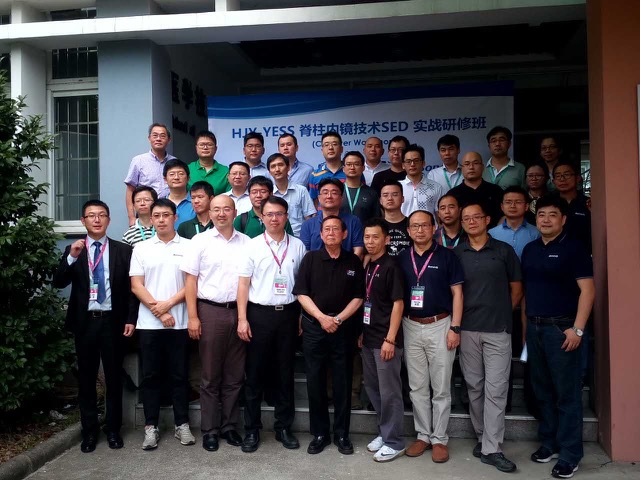 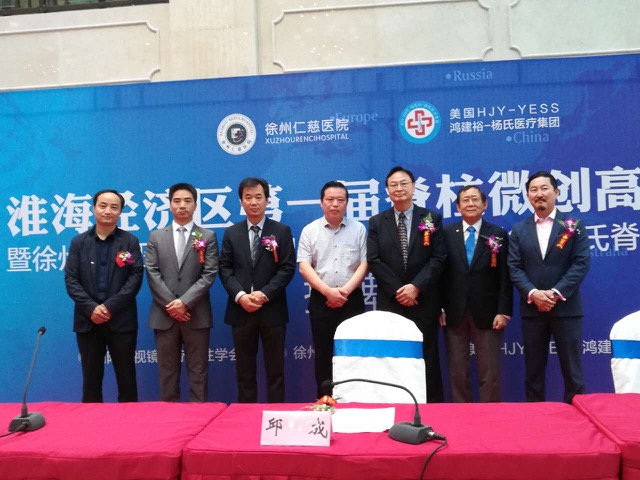