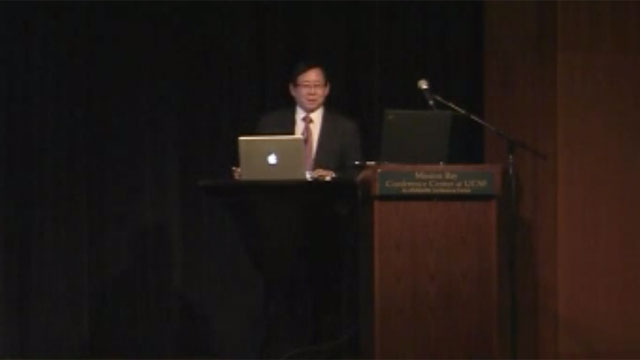 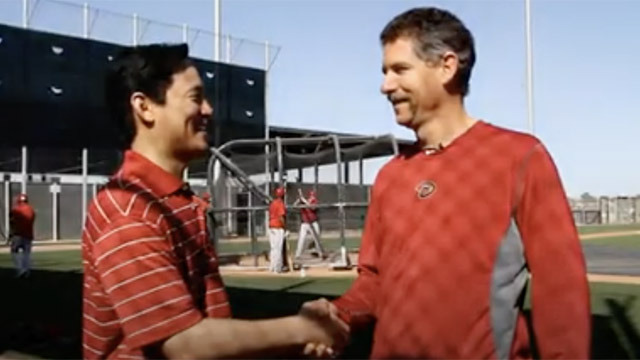 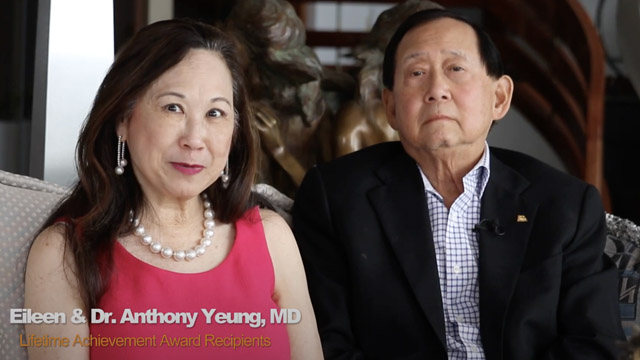 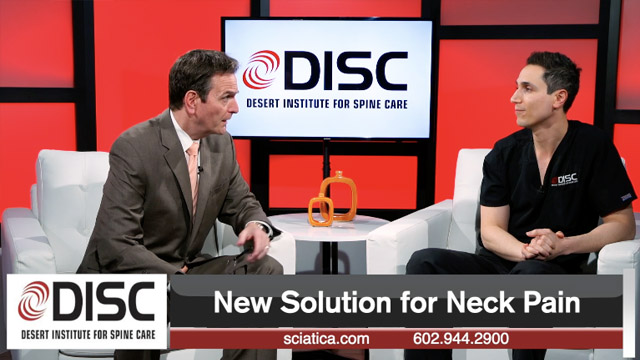 New research shows that endoscopic transforaminal decompression is a minimally invasive surgical technique that produces good results and does not “burn bridges” for a more conventional decompression/fusion approach.

Endoscopic Spine Surgery: 6 Things to Know About the Present and Future

The key difference between proven effective minimally invasive surgery and other types of minimally invasive procedures is the technique and structure of the procedure; the procedures that Dr. Yeung performs is not the same as a traditional surgery. Dr Yeung’s approach is a foraminal approach with dissection through natural tissue planes to reach the same pathology, but Dr. Zahrawi performs surgery the same as open procedures, but through a smaller incision.

“There is an illusion of what minimally invasive surgery is, and some procedures are not credible because they don’t have the outcomes studies proving their efficacy,” says Dr. Zahrawi. “The surgery should be the same decompression, discectomy and fusion procedures that have been proven as the gold standard over the years, but performed as a less invasive surgery. The procedure itself should be the same; we are not doing less of a procedure, we are performing a procedure with less access to the surgical site.”

Despite a clear distinction between proven minimally invasive procedures and new unproven techniques, patients and payors still conflate the two. Dr. Yeung has overcome questions about the efficacy of his procedures by guaranteeing a positive outcome. “If patients come to me and pay cash for surgery, I guarantee the results, especially if I do the diagnostics myself,” he says.  He has also proven efficacy to certain payers in Arizona state by testifying before his state’s Industrial commission , establishing a proper re-imbursement value, or negotiating a carve out payment from private payers by demonstrating that his technique is effective, with good outcomes, and with less surgical morbidity.

2. Why MIS is advantageous. There are several reasons why performing a minimally invasive procedure for patients is advantageous: less disruption of the patients’ anatomy means less pain, faster recovery and a reduced risk of complications when compared with the open procedure. Additional long-term advantages give patients the benefit of a more stable spine.

“One of the long-term advantages of the minimally invasive procedure is the decrease in adjacent level diseases, which we usually encounter with the open procedure,” says Dr. Zahrawi. “With the less invasive approach, we don’t denigrate the adjacent level by disrupting the muscles and bones. All these things combined can lead to a better long term result.”

Minimally invasive surgery has also opened up new treatment options for patients who wouldn’t have been treated surgically before, either due to the severity of their conditions or advanced age. Since the standard open procedure is associated with high morbidity, older and more ill patients weren’t good candidates. Now, surgeons have the option of treating these patients with less invasive procedures.

However, Dr. Yeung cautions that outcomes of minimally invasive procedures are still dependent upon the surgeon’s patient selection, experience and skill. To this end, he prefers to perform diagnostic tests himself before making the decision to perform surgery.

“It’s critical. I don’t usually depend on someone else’s discogram or diagnostic and therapeutic injection because I want to make sure the tests are appropriately identifying the source of the pain,” Dr. Yeung says. “Then, the complication rate is dependent on the surgeon knowing the surgical risks and how to avoid them. The surgeon can only get to that level by doing a lot of procedures and recognizing what the risks are.”

3. Perfecting the endoscopic technique in the literature. Strong evidence-based medicine, or the application of double-blind randomized controlled studies, is becoming the rule of thumb for gauging the effectiveness of medical treatment. As a subspecialty, some types of minimally invasive spine surgery are incompatible with this model because it’s difficult to blind both surgeon and patient to which procedure is performed, and unique patient variables make studies difficult to control. “It’s going to require a different type of evidence-based medicine to completely validate this procedure,” says Dr. Yeung. Dr Yeung’s technique emphasizing the endoscopic visualization of patho-anatomy is a form of “surgically based evidence.”

“In the future, we may have to contract with the payor who will track our individual outcomes for good results,” he says.

Despite the difficulties associated with following strong evidence-based study guidelines, several studies and research papers have been written proclaiming the long-term efficacy of the endoscopic technique. In most cases, Dr. Zahrawi uses a tube 16-22 millimeters in diameter to insert his instrumentation into the surgical site. An endoscope over the surgical site magnifies the area so he is able to perform the surgery without completely opening the patient’s back. For the more complex cases, he uses a lateral approach to the spine.  Dr Yeung utilizes the foraminal approach through a 6 and 8 mm cannulas with specialized surgical tools to allow for bone and disc decompression, ablation and irrigation.

“The engineers and inventors have helped us tremendously in being able to perform deformity corrections by designing, in cooperation with physicians, a system to address the very complex spinal deformity through a percutaneous approach,” Dr. Zahrawi says. “This has added significantly to our armamentarium in approaching spinal deformity. The outcomes studies separate which procedures will stick around and which procedures will go. There has been enough outcome studies for this technique coming from centers around the country that I feel it is here to stay.”

4. Working with payors to cover the procedure. Payors are becoming increasingly less willing to cover spine surgery for conditions such as degenerative disc disease because many cite studies showing fusion for DDD is no better than conservative treatment or a placebo. Some payors, such as Medicare, won’t cover spine surgery performed in an ambulatory surgery center at all. “Medicare’s rule is that spine surgery has to be done in a hospital,” says Dr. Yeung. “They pay hospitals thousands of dollars when a procedure is performed, but they won’t give surgery centers anything for doing it better and cheaper. HMOs and increasingly PPOs are denying authorization as well.”

Dr. Yeung’s offer to personally guarantee the outcomes of his surgeries has placed him in a position to negotiate not only with cash-pay patients, but with commercial insurance companies as well. “I went to an insurance company, developed a relationship with the executives and invited them to track my outcomes for a few years,” he says. “I proved I can get better results with less cost, so now I have been able to contract with them.”

He guarantees a positive outcome for his surgeries, and if the patients don’t have a good outcome, he performs the follow-up traditional procedure at no extra cost to his patient. They don’t have to pay. In traditional contracts, Medicare will reimburse less than 50 percent of private payor reimbursement. When Dr. Yeung asks for 100 percent of the bill guaranteeing the outcome and has good outcomes 90 percent of the time, he receives 40 percent more than before.

“Professional societies, such as the Society for Minimally Invasive Spine Surgery, have offered programs to teach the technique at national venues,” says Dr. Zahrawi. “Vendors are also offering free courses to surgeons and have made the endoscopic technology available to them. Surgeons can learn the technique hands-on and observe experienced surgeons for additional exposure.”

Even after gaining a great deal of experience, surgeons can still have patients who experience complications. Dr. Yeung has performed more than 5,000 minimally invasive endoscopic surgeries, and says complications such as persisting leg pain are inevitable in a select number of patients because of their anatomy. Every time he experiences a complication, Dr. Yeung studies the images he records on DVD in every case and studies what he could have done differently. “A surgeon has to put time into learning the technique correctly and train appropriately to avoid complications,” he says.

6. What the future brings. Even if more spine surgeons were persuaded to pursue training in minimally invasive technique, widespread use may only be possible in the distant future. The most experienced surgeons are the best teachers of the technique, and they are few and far between. “Most surgeons who are good have more of an incentive to be in private practice and take care of patients rather than teach in an academic setting,” says Dr. Yeung. “It’s also frustrating to teach because you need to be exact and precise.”

A big part of surgical technique is haptic feedback, or the experience of feeling what you are doing rather than receiving more concrete feedback given from sight or sound. Beyond the frustration of teaching fellow surgeons the finer points of technique, teachers are also exposing themselves to unnecessary radiation during the teaching sessions.

Once the surgeon has learned proper technique, it takes even more time to become familiar with the C-arm, used for image guidance, and that can make surgeries slower and less efficient. “It takes so much training to be good at this procedure, and the surgeon’s technical ability is more important than any other factor in surgery for a successful outcome,” says Dr. Yeung. “The surgeon needs to know how to perform the surgery efficiently and get at least the same result that a traditional open surgery would get. Once that is mastered, the surgeon can limit radiation exposure, improve efficiency and enhance the surgical outcome with less surgical morbidity.”

Anthony T. Yeung, MD (Desert Institute for Spine Care, Phoenix). Dr. Anthony Yeung is an orthopedic spine surgeon who specializes in diagnosing the causes of back pain and sciatica from degenerative conditions of the lumbar spine. He founded Desert Institute for Spine Care and developed the FDA-approved Yeung Endoscopic Spine System. He was one of the first spine surgeons to utilize endoscopically guided laser for degenerative conditions of the lumbar spine. Dr. Yeung has authored more than 70 scientific publications on his technique and has been president of the World Congress of Minimally Invasive Spine Surgeons. Dr. Yeung received his medical degree from University of New Mexico School of Medicine in Albuquerque, completed his residency at Maricopa County General Hospital in Phoenix and served in the U.S. Navy Medical Corp., in Subic Bay, Philippines.

Christopher A. Yeung, MD (Desert Institute for Spine Care, Phoenix). Dr. Yeung has been the principal investigator in several FDA studies, including the Flexicore lumbar artificial disc replacement, Cervicore cervical artificial disc replacement and DASCOR total nucleus replacement. He has a professional interest in minimally invasive spine surgery. In addition to his clinical practice at Desert Institute for Spine Care, Dr. Yeung serves as the team spine surgeon for the Arizona Diamondbacks, Los Angeles Dodgers, Cincinnati Reds and Arizona Rattlers arena football team. He is a member of several professional organizations, including the North American Spine Society and American Academy of Orthopaedic Surgeons. Dr. Yeung earned his medical degree at the University of Southern California School of Medicine and completed his orthopedic residency at the University of California Irvine Medical Center. His additional training includes a spine surgery fellowship at the USC Center for Orthopedic Spine Surgery/Los Angeles Spine Surgery.

Dr. Yeung is interviewed about the benefits of the Dorsal Endoscopic Rhizotomy procedure for back pain.