Drs. Anthony and Christopher Yeung were among the 14 spine surgeons that Becker’s Spine Review named recipients of the Annual Spine Leadership Award 2013. Recipients were selected based on their noteworthy contributions to their practice and the spine community, entrepreneurial skills and influence in business and leadership.

Below is an excerpt from the article: 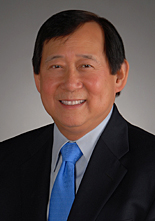 Dr. Yeung developed the FDA-approved Yeung Endoscopic Spine System and spent his career refining and teaching the technique around the world. Most recently, Dr. Yeung and his wife announced a $2.5 million donation to the University of New Mexico School of Medicine to found a comprehensive spine center. He has partnered with the University to teach his technique and the new center will continue to pass it along to the next generation of spine surgeons.

Throughout his career, Dr. Yeung has published more than 70 scientific publications and was named “Health Care Hero” by the Phoenix Business Journal. He has been president of the Maricopa County Medical Society and Arizona Orthopaedic Society, and served on the board of directors for the Arizona Medical Association. He is currently the president of the World Congress of Minimally Invasive Spine Surgeons and executive director of the Intradiscal Therapy Society.

Dr. Yeung and his partners perform outpatient spine surgery at the Squaw Peak Surgical Facility, where he also directs a fellowship program. He is a member of the American Academy of Orthopaedic Surgeons, North American Spine Society and founding member of the Minimally Invasive Spine Society in the United States. He also serves as the executive director of the International Intradiscal Therapy Society.

Dr. Yeung earned his medical degree at the University of New Mexico School of Medicine and completed his residency at Maricopa County General Hospital in Phoenix. 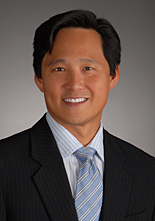