“Dr. Salari was an absolute blessing. I don’t have any feeling of discomfort in my neck.”

As a 77 year old school bus driver, part of my job requires that I routinely perform pre-trip systems checks to ensure that everything is working properly. One Friday morning, I was inspecting the clearance lights because we begin work while it’s still dark outside. A single light in the back of the bus was being temperamental, so I began walking towards it down the empty parking lane beside me. I was looking up at the lights, not watching where I was stepping, and suddenly tripped and hit my head on the bus next to me. I got a large gash on my head that hurt terribly. I went to clean it up and get ready to leave when I noticed pain shooting down both my arms. I began flailing my arms to try to stop the intense pain.

Another bus driver called 9-1-1, and I was taken over to Scottsdale Healthcare Shea Medical Center. They stitched up my eye and ran some tests to figure out what was causing the severe pain that had migrated into both of my hands and fingers. Dr. Salari was on call at the hospital when I was admitted. He recalls his findings from the diagnostic tests:

“Mr. Hagey had numbness, pain, and weakness immediately in both arms along with a gash on his head. In the hospital, his symptoms did improve slightly, but he still had severe paresthesia and weakness associated with both hands. CT and MRI scans indicated an extension distraction injury involving the C6/7 level, and he was clinically exhibiting central cord syndrome. He also appeared to have significant stenosis in his cervical spine at the level above, C5/ C6. We spoke about everything and decided to proceed with surgery. What made the case a little more complex was an aberrant vertebral artery on the left side with a history of carotid endarterectomy on that side, which dictated a right sided only approach. We decided to do a two level anterior cervical discectomy and fusion (ACDF).” 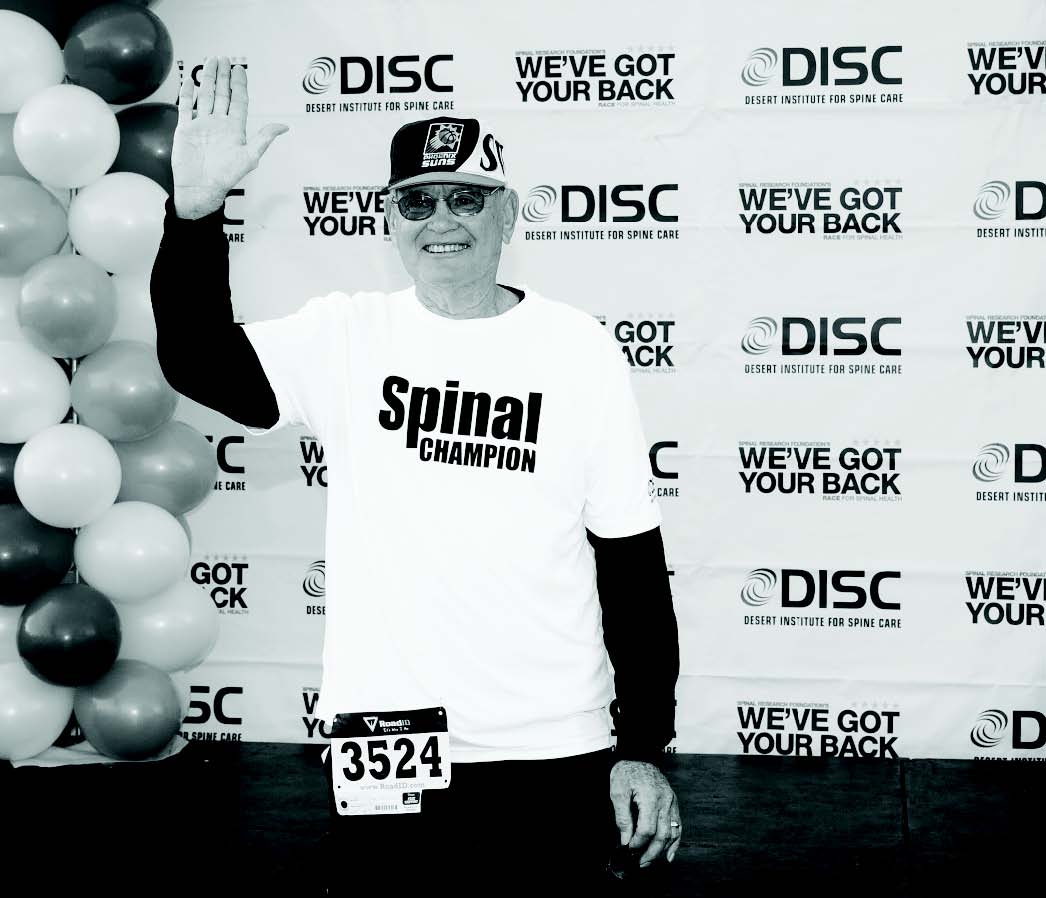 Dr. Salari made sure I completely understood the procedure and his plan. He performed the surgery on Saturday, the day after my accident. I did so well that I was released to go home the following day. Dr. Salari was an absolute blessing. I don’t have any feeling of discomfort in my neck; the pain is just nonexistent. I have a little bit of tingling and cold/hot sensations in my finger tips, but it’s nothing compared to what I was experiencing at the point of injury. It’s so strange to see the titanium plate and screws in my neck. I don’t even know it’s there until I look at the xrays! That intimidation or fear of working on my spine wasn’t even a concern. The pain that I was experiencing had to be fixed.

I was able to get right back to work, and although I had been concerned about being able to play golf again, Dr. Salari said I can play. I have no fear of any activity. I’m also looking forward to doing yard work and getting the landscaping fixed up at our home in the valley this spring.

It was just amazing and wonderful to have the group at DISC come to my rescue. I told my family and peers that the caliber of care they provide is unmatched. I’m so pleased with that organization and can’t express enough how fortunate we are that Dr. Salari showed up. DISC hosted a Spinal Research Foundation’s We’ve Got Your Back 5k run and 1-mile walk that I participated in. The involvement the entire practice had at the event was really amazing. I met another gentleman at the event who also had spinal surgery, and this man was mighty grateful of that crew. I said, “I’m with you!”